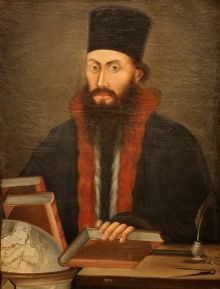 Enlightenment is highly respected in Bansko. Here is the birthplace of the eminent Bulgarian man of letters and enlightener Neofit Rilski. He was born in 1793 in the city of Bansko. His secular name is Nikola Pop Petrov Benin. He is a descendant of famous families – Germanovs /Golevs/ on his mother’s side, that have taken active participation in the political life in Serbia, and Benins, on his father’s side, who have offices in Middle and Western Europe. Nikola Pop Petrov Benin starts studying in the monastery school of his father. He goes to the Rila Monastery with some icon painters from Bansko to paint. In this way he finds himself within one of the biggest cultural centers of the Bulgarian nation during this period. In 1818 he accepts the monastic name Neofit and gives everything he can for the “benefit of the people”, to be a teacher, man of letters and enlightener. His personality and work play significant role in the history of the Bulgarian education. In 1834, Neofit Rilski accepts the invitation to become a teacher in Gabrovo and for this purpose he goes to Bucharest where he studies the monitorial educational system, establishes 78 monitorial educational tables, translates and prepares the required textbooks and materials for printing, develops “Bolgarsa Gramatika”, and on the 2nd of January 1835 starts teaching in the Gabrovo school. He devotes his life to one great goal – spiritual upsurge of the Bulgarian people. He writes the first school regulations. He makes the first Bulgarian globe that is safe kept in the Rila Monastery. He works on a Bulgarian-Greek dictionary he calls “Lexicon”.

In 1848-1852 he is a head of the Slavic Language Department at the Theological School on the Chalkidiki Island. The enlightenment work of Neofit Rilski is related to an important stage in the development of the new Bulgarian culture – the movement for the new Bulgarian school, literature and language. A man with encyclopedic skills. It is not by chance that he is one of the leading figures of the Bulgarian enlightenment movement during the 19th century.

In 1882, Konstantin Irechek nominates him a “patriarch of the Bulgarian writers and pedagogues“.